My paternal Great and GG Grandparents were from Clay and Wayne counties. I have a very old picture album that came from my Grandfather's family, but many of the pictures (some tintypes) are not identified. Perhaps someone might have similar pictures in their family collection. That might help me and others identify them.

My Great Grandparents were Thomas Fry 1848-1915 and Nancy Elizabeth Finn Fry 1854-1895. They lived mostly in Wayne but some in Clay County. My Grandfather was James Franklin Fry was born in 1888 near Xenia Ill. He moved to La Junta Colorado as a young man as did two of his sisters. My GG Grandparents were William Fry 1827-1909 and his first wife Louisa Redmond.

I have pictures of Thomas Fry's families (with first and second wives). I also have a picture of William Fry and quite a bit of information. I have never been able to prove his siblings or his parents. Families of interest from these Ancestors are Fry, Frye, Russell, Secrest, Lee, Vaughn and others.

001
Nancy Elizabeth Finn 1854-1895 and Thomas S. Fry 1848-1915 were my great grandparents. Thomas was born in Monroe County TN and moved to Wayne County Ill with his parents when he was about 4 years old. His wife was the daughter of Andrew Calvin Finn and wife Mary Allen of Ill. 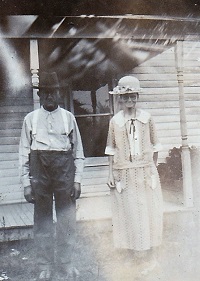 002
Uncle Frank Finn with his wife. 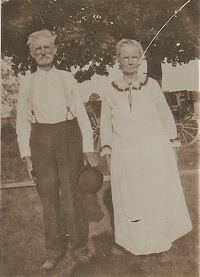 003
Mr. and Mrs. John McCormick. She was Sarah Ann Finn Wood before this husband. 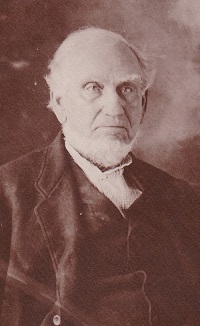 004
William Fry 1827-1909 was the father of Thomas S. Fry. William was born in NC but was living in Monroe County TN long before he married his first wife in 1848. His wife was Louisa Redmond 1830-1866. They relocated to Clay and Wayne county ILL by at least 1855. They may have lived in Mason County Ill for a short time before that. The children of William and Louisa were Harrison J. Fry born TN abt 1851, James D. Fry born Ill 1853, Malinda Jane Fry born Ill 1855 and married a Jones, Elizabeth A. Fry born abt 1859, Sarah R. Fry born 1862 and married a Vaughn. I have been trying to find the parents of this William Fry for over 10 years. He may have had siblings (Franklin, Mary) in Ill, but I cannot prove anything. When Louisa died, he married Mary Ann UNK. Family says she was a cousin. But I don't know if she was William's cousin or a relative of his first wife. He had four more children by his second wife. This William and his wives are my brick walls. I would love to find his roots and appreciate any help! 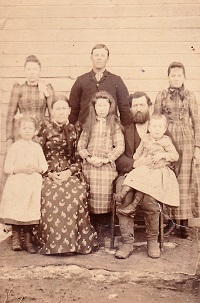 005
This is a picture of my great-grandparents Thomas and Nancy Fry with their children:
In back is Ellie Fry (married a Smothers), William Calvin Fry, Mollie Fry (married a Lee),
In front is Laura Fry (married Will Secrest), Nancy Finn Fry, Nancy Jane Fry (married Otis Russell, Thomas Stanley Fry holding my grandfather James Franklin Fry born 1888. Not in the picture is the eldest daughter Rosa.

When my dad passed away, I became the owner of a very old photo album. I believe it was originally owned by my Great Aunt Nancy Jane Fry Russell who was born in Wayne County in 1882 to Thomas Stanley Fry and Nancy Elizabeth Finn Fry. She married Otis Russell, son of Shannon and Rhoda Smith Russell in 1897 in Wayne County Ill. Shortly after that they moved to Southeastern Colorado. Most of the pictures in the album were not labeled. Some were tintypes, some postcards, some old photographs. I think they may be from several families, but mainly Russell and Fry families.

I would love to identify these pictures and perhaps get the originals back to the family they should be with.

Any help is greatly appreciated! 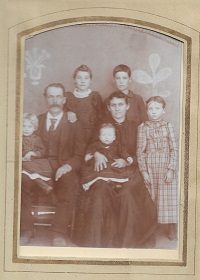 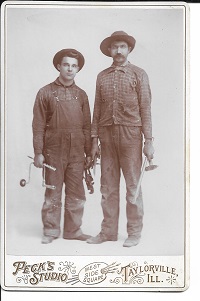 012
possibly: a daughter of William Fry with her husband ... a Vaughn 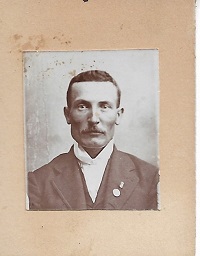 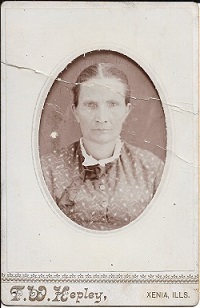 015 is Mary Ann "Polly" [maiden name unknown] Fry (abt1836-1893). She was the second wife of my great great grandfather William Fry (1827 NC-1909 Ill). When his first wife passed away, family stories say William married "a cousin." Her last name could have been Redmond, Redman, Fry or something different. I matched this picture with a picture of Mary Ann Fry posted on an Ancestry Tree owned by Karen Forbes. 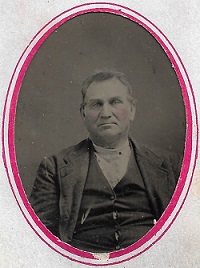 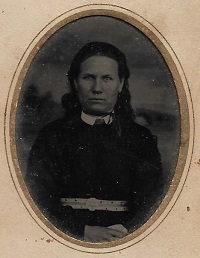 017
This picture is labeled, but I do not know who Malissa Fry was. Does anyone else know?